Munich has quite a special flair. A mixture of history, culture, leisure, cosiness and openness. Here the pulsating spirit of the age is united with noticeable tradition. And there is no other city in the world which so clearly stands as a synonym for beer and beer culture as Munich.

For visitors from all over the world, Munich is always a fascinating destination offering many experiences. They value the cosy but stylish atmosphere of this city. Whether at the Oktoberfest, the largest folk festival in the world, in one of the beautiful beer gardens or in the numerous pubs, restaurants and cafes – hospitality, a friendly atmosphere and good beer are at home here.

Beer is pure nature. That is why the brewery brews its beer specialities strictly to the Bavarian purity law of 1516.

The Spaten Brewery has the traditional quality and advanced technology have been bound together in the brewery for generations. The transition from the brewing craft to the modern industrial age during the 19th century is closely connected with the name of the Sedlmayr brewing family. Here are just a few of the most important milestones of the technical pioneering in the Spaten-Franziskaner brewery.

The logical consequence of this progressive spirit was the constant expansion of the Spaten brewery, whose modern plant is still situated today in the heart of Munich. 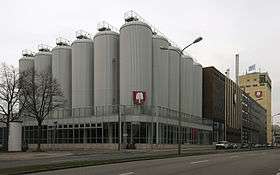 For over 100 years the Spaten-Franziskaner brewery has been one of the most important exporters of German beer. It has made a significant contribution towards the excellent reputation which German beer enjoys throughout the world today. An early-developed pioneering spirit was the basis for the international export success of the brewery.

Generation after generation has continually and successfully extended the exporting activities and connections to other countries and made the Spaten brewery into a brand name which for beer connoisseurs is synonymous with pleasure and a cultivated way of life.

The above information was kindly supplied by the Spaten-Franziskaner Brewery for inclusion in the Munich City Guide website. For further information please write to: